Friend us on Facebook to get the latest news about fanzines, cartoons, and our online store!

To order and pay by cash, check or money order (US funds only), please email me and tell me which zines you want and your address . If you are paying by Paypal to use your credit card or an echeck, you can use the shopping cart for each item. Alternatively, if you know what you want and the price(s), you may Paypal the money to my email address but please make certain you indicate on the payment what you are ordering. US buyers may pay below. Please email for international rates. 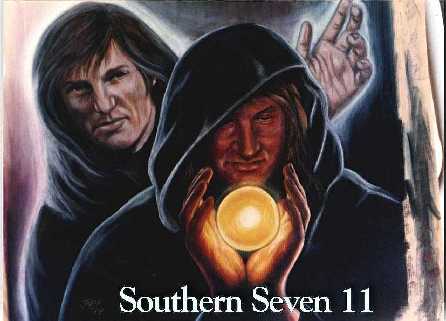 Airlock Sealed by Misha Restar: Avon, Tarrant and Vila try to make sense of their apparent captivity in this alternate reality story.

Dead Reckoning by Marian Mendez: A sequel to "Pilot Program" published in Rebel Destinies 1. A post-Gauda Prime tale. The reunited group of Avon, Soolin, Vila, Tarrant and Dayna have further adventures as they attempt to recover from the events on Gauda Prime. Soolin, Vila, Tarrant and Dayna hope to have their memories of what happened on Gauda Prime restored, while Avon searches for a way to overcome the debilitating condition he is suffering due to his time in Servalan's hands.

Sculpture by Judith Proctor: After Gan's death, Avon remembers a mission gone wrong and the time he spent alone with Gan while they waited to be rescued…or to die.

Eccentric Orbit by Marian Mendez: An alternative universe version of the episode "Orbit," with Tarrant taking Vila's place on the doomed shuttle from Malodaar.

Agent of Ruin by Alice C. Aldridge: Cadet Tarrant meets Space Commander Travis at the Space Academy and learns a few hard truths about the Federation.

It's All in the Cards by Susan Cutter: Vila demonstrates the use of fortune telling cards to his crew mates with some interesting results.

Le Belle Mort sans Merci by Liz A. Vogel: A Kill the Dead tale. Parl Dro learns that his connection to Myal is stronger than even he ever imagined.

Tears of the Sun by Susannah Lucchi: Originally slated for Serrated Seven #2, a great Vila hurt/comfort story. A mission seems to be Vila's dream come true…until he learns the price he will have to pay!

Wolf in Wool by Vickie McManus: Another alternate universe version of the episode "Orbit," where the outcome is a bit different from the aired version!

The Wolf Unleashed by Vickie McManus: A sequel to "Wolf in Wool." Vila Restal makes his way to Gauda Prime where he meets up with a very different Roj Blake.

Tidings of Comfort and Joy by Rebecca Ann Brothers: A Blakes 7 Christmas tale as Avon remembers his past and discovers many truths long forgotten. 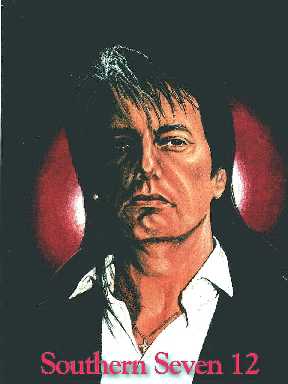 Book Nine of the Log of the Hellhound by Katrina Larkin and Susanne Katz:

Campo Santo by Vickie McManus: Another one of Vickie's alternate universe tales where the crew of the Liberator are switched in gender. This one is a short little story where we learn how Kiera Avon was captured by the Federation.

A Cold Dish Turns Sour by Marian Mendez: A story dealing with the aftermath of the "Orbit" incident and its ultimate effect on the whole Scorpio crew.

No Allegiance by Misha: A post-Gauda Prime story. Avon has reason to doubt not only his sanity, but the very nature of reality itself.

If you are interested in submitting to any of our upcoming publications, please click here to view our submission guidelines.

We accept money orders, cash (at sender’s risk!) or credit cards and echecks (via Paypal) in payment. For further ordering and pricing information regarding any Ashton Press fanzine, please contact Ann Wortham at ashton7@aol.com.